This Is a Time of Connection & Creative Collaboration - Let Students Embrace It.

What happens when students teach project-based learning in science to each other? 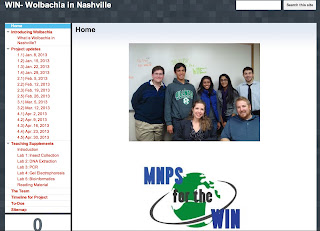 Five high school seniors who call themselves WIN (Wolbachia in Nashville website) wanted to find out and their experience was stunning. This story begins with them - they all participate in the School for Science and Math at Vanderbilt, a magnet school which uses project-based laboratory learning year round with select students from the Metropolitan Nashville High School. Here's what they set out to achieve in their own words.

"As our participation in the School for Science and Math at Vanderbilt has promoted our interest in science, we hoped to share this enthusiasm with the students while also fostering their own personal development and outlook on science. We hoped that the students will feel comfortable asking questions and getting help from us because we are also high school students." Project Report Quote

The WIN team students, along with Angela Eeds (director of the SSMV) and I, partnered up this past year to use Discover the Microbes Within! The Wolbachia Project lab series as a scaffold for tethering integrative, real-world scientific research into a Metropolitan Nashville high school biology class (Overton High School freshmen and sophomores taught by Adam Taylor).  The Wolbachia Project engages high school and college students in nature and inquiry and contributes new scientific data on bacterial endosymbionts (Wolbachia, Encylopedia of Life) all across the world. The WIN team students comment..

"As the project progressed, we continually showed them how their results were applicable to the real-world, beneficial to the addition to scientific knowledge, and impactful on the scientific community. We made efforts to stress the validity of their participation in the project by paralleling their work with the Wolbachia project which is conducted not only on a national level but on an international level." Project Report Quote

There's so much Id like to say about these students and their experiences, but most of all, as I listened to the WIN team speak after they completed their project in the spring, their comments made it joyfully clear that they did something that mattered - that gave them all a sense of meaning. First, they transcended into education role models for their peers. The WIN student scientists were seen as big shots, perhaps where star athletes, cheerleaders, and popular kids reign supreme. Second, the WIN team also pointed out that for the freshmen and sophomore students, there was an unexpected aura of comfortability among them. It sprouted specifically because of the peer-to-peer learning. It seems to me that both of these outcomes are what makes project-based learning and peer-to-peer learning work so well independently, but together they form a symbiosis that is more powerful than each one alone. The student teachers put it best in talking about the rewards of this experience:


We do not speak about it, but there is often a social gap in high school classes between the student young adults / teenagers and the teacher "big" adults. But with teacher students as young as the learners in this case, that social gap shrunk for the benefit of all. Its like science 2.0 for education. Just as social media undoubtedly connects these students as friends, social peer-to-peer learning offers an extra dose of comfortability for teaching and learning. Further empowerment  ensues with the hands-on learning of project-based science. It was an epic win / win for the WIN team.
Below is how the WIN team assessed their efforts in improving science education. Metrics from surveys taken by the 26 student learners before and after implementation of the Wolbachia Project all go up. Perhaps most significant in looking at the numbers is that these freshman and sophomore students are in Mr. Taylor's honors class and already receive extensive training in hands-on research in biology. The students put it best...


"The results from the two surveys showed our project and interactions with the students had a general positive influence on the classroom in terms of their view of and aptitude towards science. Their desire for a hands-on learning style, as shown in the surveys, suggests that the heavy rotation of labs and experiments emphasized in this project are key to generating interest in science and educating youth about STEM fields. 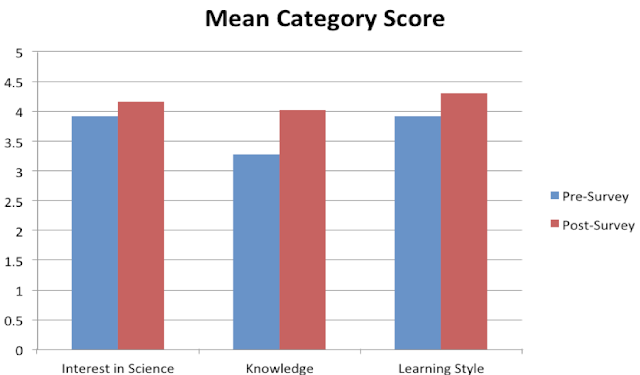 Let's keep improving High School education with the help of our students. Here is a 23 minute video of the WIN students (apologies in advance for the shaky recording on my phone).

Posted by Unknown at 9:39 PM No comments:

Email ThisBlogThis!Share to TwitterShare to FacebookShare to Pinterest
Labels: Discover the Microbes Within, inquiry, project-based learning, STEM, The Wolbachia Project, Wolbachia in Nashville

A little bit of news on our lab's research system

FYI: Do Parasites Get Parasites?

Parasites of Parasites Science picture co/ Getty Images
Parasites of parasites—sometimes called hyperparasites—seem to be quite common. In fact, parasites of parasites are themselves prone to parasites, leading to what might appear to be an endless progression of interspecies abuse.
Studies in the lab and field have identified some of these elaborate, nested relationships. Last November, a team of researchers in the Netherlands published research on a wasp that lays its eggs inside a caterpillar, which in turn feeds on cabbage leaves. That means the nutrients and energy pass through three distinct organisms, and the same lab has documented related systems with even more layers of interaction.
Seth Bordenstein, a microbiologist at Vanderbilt University, studies a five-tiered system that starts with a fledgling bird. Blowflies infest the bird’s underside with bloodsucking larvae, which then drop off and fall prey to hyperparasitic wasps. The wasps, in turn, carry a parasitic bacterium called Wolbachia, which has evolved to modify its host’s reproductive system. The bacteria are subject to their own invasion, though, from tiny viruses known as bacteriophages, which hijack Wolbachia’s cellular machinery to expand their population.
Just how small can parasites get? The final layer of these systems might be the transposon, which is a roving bit of nucleic acid—a single, parasitic gene. Transposons have been discovered inside viruses that infect other viruses, which in turn infect amoebas that infect human beings. “I think it’s difficult to see where one organism begins and another one ends,” Bordenstein says. “We are only beginning to appreciate how intertwined these layers of organisms are in large flora and fauna.”
Have a burning science question you'd like to see answered in our FYI section? Email it tofyi@popsci.com or tweet @popsci hashtag #PopSciFYI.
Posted by Unknown at 10:34 AM No comments:

A brief post that the American Society for Microbiology Meeting | Final Program PDF is happening now in Denver. The latest science in microbiology can be tracked on
There was a blow out session on "Citizen Science" tonight (chaired by David Coil and Jonathan Eisen, blog post here), which inspired many. The key tweets from that session can be seen through this excellent storify by @Sponch2. I highly recommend a scan of these tweets for anyone interested in microbiology, discovery-based science, and project-based research in and outside the classroom. Rumor has it that even da Wolbachia Project (pdf of article in American Biology Teacher) got a shout out.

Posted by Unknown at 8:46 PM No comments:

Those who can, DO. Those who understand, TEACH. 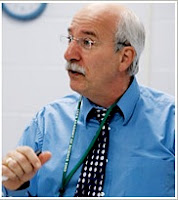 Here is a brief post on my good friend and Emmy Award Winner George Wolfe and his TEDx talk. George is director of the magnet high school - the Loudon Academy of Science, which was established in partnership with the Howard Hughes Medical Institute in 2005. His bio is ridiculously extensive, including hosting a PBS show called Homework Hotline, and I encourage you to read his list of accomplishments by clicking the link associated with his name.

In the TEDx talk, he reminds us that we are all teachers at some point in our lives, if not our profession. You teach your children, peers, and colleagues, and thus he states that there is no more important job than teaching. "Where would we be without teaching?", he asks.

George is one of the main brains behind Discover the Microbes Within! The Wolbachia Project that we formalized at an international national level about eight years ago. He is also a pure inspiration in the truest sense. His TEDx-talk is called the Power of One. I thank George for this talk and wish that we had more access to his passion on a daily basis. I have learned a tremendous amount from him.

Posted by Unknown at 8:28 PM No comments: