Museum of Science in Boston Brings Together Microbiome Luminaries

This video below, entitled Friends with Benefits: The Human Microbiome, is one worth watching. It was recorded Feburary 6, 2013 and hosted by the Museum of Science in Boston with funding from the Lowell Institute (original ad). It features four brilliant microbiome researchers - each of them arguably have transformed the life sciences in just the past few years. They each speak for 15 minutes and then have a Q&A with the audience. I've noted the times at which each speaker appears in case you want to skip ahead. They appear in the following order:

NIH issues press release on Wolbachia and our bacteriophage work

I do not often mention our bacteriophage work on this blog, but a large arm of the lab studies the evolution, mechanisms, and relevance of bacteriophage. Bacteriophages are the "smart bombs" of the microbial world - viruses that specifically target and often kill bacteria. The NIH Evolution of Infectious Disease Program, which funds this work, kindly put out a press release today on it. (This work is perhaps most well known for the discovery of rampant horizontal gene transfer of bacteriophage between obligate intracellular bacteria that were once presumed impervious to bacteriophages and large-scale gene transfers). For all those young scientists struggling to get their first grant, its humbling to reflect that this work almost never saw the light of day some years ago. Two reviews on this research are:

Taking the 'Bite' Out of Vector-Borne Diseases

Emily Carlson
Posted March 27, 2013
Mosquitos, ticks, worms—these all are "middle men" when it comes to disease spread. They can carry and transmit bacteria, viruses and other pathogens to us that cause dengue fever, Lyme disease and other vector-borne infections. As one approach to help reduce and even eliminate these diseases in people, researchers funded by the National Institutes of Health are studying the basic mechanisms that let the infection-causing organisms flourish inside their hosts.

The mosquito is just one of the many organisms that Wolbachia infects. Credit: James Gathany, CDC.

One such bacterium that scientists are interested in is called Wolbachia.
"It's probably the coolest bacterium in the world," says NIH's Irene Eckstrand.
Wolbachia infects more than a million species, including insects, shrimp, spiders, mite and tiny worms. It lives and reproduces in its host's cells, primarily reproductive ones. The bacterium can manipulate these cells in ways that boost its own survival and reproductive success.
Seth Bordenstein, a Vanderbilt University scientist who studies Wolbachia, says the bacterium alters the reproductive life of its insect and other hosts in four "mind-blowing ways":

"Aside from stimulating the imagination, Wolbachia serves as a tool for studying the evolution and ecology of infectious diseases," notes Eckstrand, who co-manages an NIH-National Science Foundation program that's dedicated to this topic.

A Wolbachia cell infected with bacteriophages. Credit: Seth Bordenstein, Vanderbilt University.
When Bordenstein, whose research is supported through the program, started studying Wolbachia about a decade ago, scientists thought that the bacterium and ones like it didn't frequently acquire new genetic machinery. The theory was that living inside other cells isolated the bacterial genomes, inhibiting the exchange of genetic elements with other bacteria that enables evolution.
Since that time, the theory—and Wolbachia itself—have evolved. Bordenstein discovered that Wolbachia can move to different cells and to new hosts, some of which are infected with other types of bacteria as well as different Wolbachia strains. This co-infection allows the bacterium to acquire new genetic elements.
Scientists also have learned that Wolbachia harbors a bacteria-infecting virus, called a bacteriophage, that can introduce other genetic elements. Bordenstein found that Wolbachia's interaction with the bacteriophage and its exchange of genetic elements through co-infections creates a cycle of evolution with implications for how diseases spread.

Elephantiasis caused by parasitic worms (top) affects more than 120 million people, primarily in Africa and Southeast Asia. Credit: CDC.
While Wolbachia doesn't directly infect mammals, it is the root cause of several serious mammalian diseases. It infects parasitic worms that, by way of mosquitos, can cause heartworm in our pets. Other types of Wolbachia-infected worms hitch rides to ultimately reach human hosts, where they can trigger severe inflammatory responses that lead to river blindness and elephantiasis. In an ironic twist, researchers are actually using Wolbachia to help fight these infections.
One strategy that Bordenstein is beginning to explore focuses on bacteriophage enzymes that can wipe out Wolbachia. Some organisms, including the parasitic worms, actually need the bacterium to reproduce. By eliminating the Wolbachia infection, the enzymes could render the worms sterile and unable to further spread disease.
Scientists also are harnessing Wolbachia's wanton ways to control the spread of dengue virus, which is transmitted to humans by mosquitoes. Researchers have discovered that Wolbachia-infected mosquitoes can't replicate the dengue virus. Releasing more Wolbachia into the mosquito population or finding and introducing the Wolbachia genes that interfere with replication are promising new avenues for reducing the spread of dengue. The approach could potentially apply to other vector-borne diseases like sleeping sickness, which is transmitted by the tsetse fly.
According to Bordenstein, studying Wolbachia has yielded some surprising new insights on microbial evolution that could help us understand, treat and prevent certain infectious diseases. "It's what gets me up every day and keeps me excited about doing this work," he says.
Learn more:
Also in this series:
This Inside Life Science article also appears on LiveScience

New TED talk on the teeming microbes in buildings

Is science getting cooler by the day or what? Check out this TED talk (with a very high tech/3D animation by Autodesk) on why we need to think about what microbes are in our buildings, from the air we breath when the windows are closed to what's in the bathroom. This is an idea whose time has come. I am thrilled to be meeting her and other faculty/students at the University of Oregon in the very near future when I visit the NIH Center for Systems Biology called The Microbial Ecology and Theory of Animals (META) Center. Graduate student Ashley Bateman, @MicrobesRock, invited me to speak on our work on the hologenome theory.

"Our bodies and homes are covered in microbes -- some good for us, some bad for us. As we learn more about the germs and microbes who share our living spaces, TED Fellow Jessica Green asks: Can we design buildings that encourage happy, healthy microbial environments?
Jessica Green wants people to understand the important role microbes play in every facet of our lives: climate change, building ecosystems, human health, even roller derby -- using nontraditional tools like art, animation and film to help people visualize the invisible world."  Source

Have you used a MOOC? Crowdsourcing feedback. 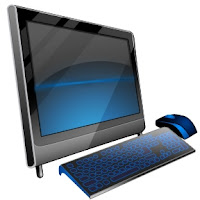 In December, I wrote an introductory blog on MOOCs entitled The Digitization of Education: What is all the fuss about MOOC? It is very basic and almost outdated, but it does have a great Ted talk video by Cousera's founder Daphne Koller that I recommend. Vanderbilt is on board with Cousera.

Still in their infancy, MOOCs are popping up around the country's universities and I imagine some readers of this blog have first hand experience or at least more insight on what its like to start or use a MOOC. Any answers to these questions wouldl be of help to myself and readers.

1. How has the experience been with setting up or using a MOOC?
2. What is fundamentally different or unexpected in using a MOOC?
3. What has worked well? What would you do differently in MOOCs?
4. Do you receive a break or compensation from your normal teaching load?