Microbiology Video: "We owe them our very lives!"

It is no secret that many readers of this blog are awestruck by the universality, diversity, and significance of microbes. Indeed, Earth is a “microbial planet” in the sense that the oldest (over 3.8 billion years ago) and most abundant forms of life are the ones too small to be seen by the unaided eye. Even more powerful is the quote in the video that "We owe them (bacteria) our very lives".

If you ever want to share those sentiments with friends, family, students, colleagues, or heck, politicians - then this new HD cinematic video is a perfectly simple introduction. Check it out….it is worth the four short minutes and then some.

Introduction to Bacteria from Frank Gregorio on Vimeo.

Posted by Unknown at 4:09 PM No comments:

Does the Federal Government Slow Innovation and Markets?

You think you know, but you have no idea.

The internet, gps, Siri, touchscreen, etc - all stated below to be birthed with seed money from the Uncle Sam. Bottom line, if you like your cell phone, then you will like the next thing (federally-funded) scientists and engineers create too.

Stand up for congressional members and candidates that support science for they in turn will make funding decisions that will support future luxuries of a modern world, not to mention a growing stock market spurred by revolutionary products.

How can the bacterial fauna thriving inside our bodies influence evolution? Find out in this episode of Stuff to Blow Your Mind.
Posted by Unknown at 10:25 AM No comments:

This post is lifted from my blog at the International Symbiosis Society's website, which just started a blog series by members of the community to foster dialogue and debate. I thought that I would post it here as well because it continues a stream of posts here on the fusion of the microbiome and evolutionary sciences from the vantage point of our laboratory's work. I think the last paragraph is perhaps the most salient, so either skip ahead or follow through.

Darwin and the 20th century pioneers of biology would have been astonished to see the countless roles that microbes play in shaping eukaryotic life. From the origins of eukaryotic cells to pharmaceutical products, Life as we know it would be unrecognizable without microbes. Integrating microbes into all facets of the life sciences today is a vision that is not only driven by exciting questions at the perimeters of the biological disciplines, but one that seems more achievable today than ever before, at least from a our vantage point within the symbiosis field.

Let us briefly look backwards in order to look forwards. The fusion of evolutionary biology and Mendelian genetics spurred a modern synthesis in which the biologist sees the world through a refined set of filters: the genome is stably inherited, subject to natural selection, and defines who we are as individuals and how species arise from descent with genetic modification. Yet there is a transformation occurring today in our capacity to understand who we are beyond our nuclear genes.Indeed, biologists take the archetypal examples of mitochondria, chloroplasts, and endosymbionts for granted, but the science of the microbiome has emerged in the last decade to massively widen the recognition, if not scope, of Life's dependency on microbes. One luminary in our field lost to history, Prof. Ivan E. Wallin, remarked in 1927:

"It is a rather startling proposal that bacteria, the organisms which are popularly associated with disease, may represent the fundamental causative factor in the origin of species"

Below I will summarize our most recent foray into speciation by symbiosis. This post is far too small to give a full and fair treatment of the topic, and I apologize to my colleagues in advance for not citing their work.

From Many Genes and Microbes, One Species

Approaches to studying the gut microbiome in animals have largely been diet- and disease-centric. Relatively little is known about the comparative structure and evolution of bacterial communities among closely-related host species, but this knowledge gap is starting to change. For instance, as speciation events progress from incipient to complete stages, does divergence in the composition of the host-associated microbial communities parallel the divergence of the host's nuclear genes? (Brucker and Bordenstein 2012a link) We hypothesized that if host phylogenetic relationships, in part, structure gut microbial communities, then related species of animals reared on the same diet will not acquire the same microbiome, but instead host species-specific communities of microbes. We discovered that the gut microbiome was indeed different between closely related species of insects reared on the same diet, and the constituents and composition of the bacterial communities in each species changed in parallel with the genomic relationships of the host species (Brucker & Bordenstein 2012b, link) - a pattern we have since termed "phylosymbiosis" (Brucker and Bordenstein 2013 link, and Figure 1 below).The significance of phylosymbiosis is also evident in primates (Ochman et al. 2010, link) and hydra (Franzenburg et al. 2013, link). 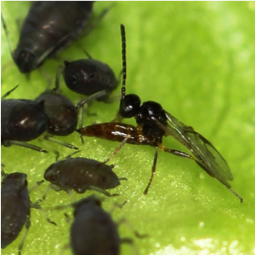 Figure 1.Phylosymbiosis. Like phylogenomics, phylosymbiosis is a total microbiome metric that retains an ancestral signal of the host's evolution. (a) The central prediction is that divergence in host genes is positively correlated with differentiation of the microbiome. (b) Parallel dendrograms between the host phylogeny and the microbiome relationships is one test of phylosymbiosis (c) Schematic of a real data example from our model study system.

We recently tested the hypothesis that the gut microbiome assists animal speciation, even in the well-studied Nasonia genus where nuclear speciation QTLs were genetically mapped to chromosomes. First, we demonstrated that gut bacterial diversity in F2 hybrids goes markedly awry in comparison to that of pure species controls (Bordenstein and Brucker 2013, Science, link). Second, curing this altered gut microbiota eliminated hybrid lethality (Figure 2), the misexpression of immune genes associated with hybrid lethality, and marker ratio distortions away from Mendelian inheritance for speciation QTLs. Finally, we recapitulated hybrid lethality in germ-free hybrids by orally inoculating them with resident strains of the dominant bacteria within species. Thus, in a series of "gain" and "loss" microbiome experiments, we demonstrated that reproductive isolation in this genus is not dependent solely on genetic divergence, but also on the interactions between the host genome and gut microbiome. It is enticing to speculate that this phenomenon will be common in animals since they all have a gut microbiome that is increasingly seen to affect numerous aspects of fitness. Time and experimentation will tell. A simple experiment would be to test if hybrid inviability can be cured in diverse germ-free systems.

Speciation by symbiosis has been subject to healthy skepticism. For example, one interpretation of the data above is that the gut microbiome is just an environmentally conferred stress on the wasps’ fitness, and hybrids are hyper-susceptible to this stress. So the presumed stress of microbiome colonization on hybrid wasps can be compared to a predator eating hybrids more than the vigorous parentals that escape predator detection. However, in this argument, the microbiome is seen as purely extrinsic to the host. Like all metazoans, Nasonia's gut microbiome is inevitable and plays a large beneficial role in host fitness - survival and reproduction. Thus, removal or suppression of the microbiome in Nasonia is quite maladaptive, causing a ~15% decrease in survival from egg to pupal stages (Brucker and Bordenstein, 2012, link) and delayed development into adulthood by two to three days. Thus, in contrast to an extrinsic predator, the narrative here is that microbiome is essential for within-species fitness. Similar to a beneficial set of genes, the microbiome is also causal to reproductive isolation in hybrids, much like the way a classical geneticist studies speciation genes that are adaptive within species but break down in hybrids.

The term "holobiont" is used to define the host and its collection of beneficial symbionts. It does not differentiate intracellular or extracellular symbionts as it is a lens to view the individual as an engineered collection of organisms. Therefore, the term "hologenome" naturally follows as a definition of the total genetic material of the holobiont. The hologenome emphasizes that the animal’s genome, mitochondria and beneficial microbiome are an aggregate of genes that together form a unit of natural selection (Zilber-Rosenberg and Rosenberg, 2008, link). To be historically accurate, the term hologenome was originally and independently proposed in 1994 by Richard Jefferson in a seminar on PCR technology (YouTube link). The evidence motivating these terms spans the essential roles of the microbiome in eukaryotic fitness (McFall-Ngai et al, 2013, link), including digestion, immunity, olfaction, organ and neuronal development, etc.

However, the hologenome concept is controversial, perhaps more so than the holobiont. These terms are gaining attention but are still rather new to biology and should be subject to questions. Some view the individual solely through the refined filter of the nuclear genome. In this case, the microbiome is purely extrinsic to the host animal and therefore unable to co-evolve sensu stricto with the host genome. In order for the microbiome to change in parallel with the host genome, stability of the two genomic units by vertical transmission or host selectivity in microbiome community structure is required. Current evidence specifies multiple paths for stability that we must delve much further into.  For example, maternal microbial transmission may be universal in animals for some fraction of the microbiome (Funkhouser and Bordenstein, 2013, link) and specificity provided by the host immune system can further cement the essential foundation for host-microbiome stability and co-cladogenesis (as evident in phylosymbiosis).

In Nasonia, the phylosymbiotic associations of parental host genes and microbes are both required for fitness within species, but are in negative epistasis in hybrids undefined comparable to nuclear-nuclear and cytonuclear gene interactions that function normally within species but cause hybrid incompatibilities.  In this light, the discovery of the phylosymbiotic gut microbiome can be understood as part of a co-adapted unit, which functions normally within species, but breaks down in hybrids between species.

Of particular relevance is that the vital fitness traits conferred by the gut microbiome within species blurs the lines between what biologists conventionally define as the environment or the organism. And perhaps this point is the most salient. Intrinsic and extrinsic views of the microbiome are largely semantic filters placed on our definition of the individual. Nature may not care about this linguistic argument. What matters is stability of the associations, no matter if we define them as intrinsic genome-by-genome or extrinsic gene-by-environment interactions. Today, it is convention that mitochondria represent anciently acquired bacteria that have a fully integrated partnership with the animal genome. The continuum of symbiosis stretches from these obligate relationships of endosymbionts to the host farming the microbiome.

I extend my thanks to the ISS board for asking me to write this blog post and for you reading it. I look forward to reading your future posts and extending this social medium to the symbiosis community.

Seth
Posted by Unknown at 6:40 PM No comments: